Why Men Lose Interest – 6 potential Reasons you need to know

Are you wondering in general why men lose interest at times, or, worse, are you actually reading this because you’ve just been ‘ghosted’? Ghosting is when the person you’re dating suddenly stops communicating – without any explanation – leaving you hurt and confused. 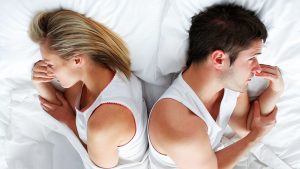 Let’s just say it’s an experience I wouldn’t wish to anyone, not even to my worst enemy.

You’re lucky if you’ve been offered some sort of explanation before your relationship ended, but that still doesn’t hurt any less.

Why do men act like they’re so in to you one minute, and then act like you don’t matter the next? It is so frustrating holding on to something that is very important to you and then lose it without any apparent reasons.

You didn’t have a big fight; in fact, you just had a great talk a few days ago, then he suddenly stopped calling. Why do men lose interest, and what makes him commit? The truth is … it’s not rocket science.

Maybe you have misread the signs, and all he wanted was a fleeting affair. Something you have mindlessly given him. Then he got bored, or thought you have served your purpose.

Now he wells it’s time for another rendezvous… but not with you. There are many fishes in the sea after all. If you’re dating a professional player, well, it’s kinda his style, so beware.

Also read: What to do when he pulls away

2. There was nothing to chase

Men love the chase; it’s something that amps them up. It excites them; it arouses them – until it’s time to put their game face on. That’s when they’ll really pursue you and try to win you.

If, however, you’re the one doing the chasing, then you’re taking out all the fun in the game.

Now the game feels too easy, and he’d be less interested in it. More so, because the prize isn’t that hard to get, if he still decides to dive into the relationship, expect it to fizzle out as fast as it started.

3. There was no Time to build enough Attraction

You’ve been constantly talking for the past few weeks. You have butterflies in your stomach. The world looks brighter and the future seems promising. Then, something happened; his pet goldfish died, he has to move to a new state, his parents got divorced – and now he has other priorities.

You can’t blame him nor should you blame yourself. Things like these happen all the time, and it’s disappointing. But who says you can’t meet each other again someday when you’re both ready?

4. You don’t have sexual Chemistry

The sex could be awkward or borderline funny, or he might have some fetishes he can’t share with you because he sensed you wouldn’t be up to it. These issues can generally be fixed if you are more open to each other, but if you’re just really incompatible in bed, then don’t force yourself to learn new tricks if it makes you uncomfortable.

There’s time for everything though, with an open mind and a little bit of research, you might be tempted to explore and understand your sexuality better. No need to wait for Christian Grey.

5. Your attachment Style is incompatible

Simply put, your relationship goals are not the same. You are ready for the hard parts and the bells and whistles of a serious, long-term relationship, but he’s only looking for a fling, or he’s so deeply scarred emotionally that he still can’t commit to a new, genuine relationship. His words not mine.

Either way, don’t bang your head against the wall (at least nor for too long). Who wants a scared-cat or a whiny teenage boy for a boyfriend? It’s his fault that he didn’t disclose to you what he really wanted in the first place, and you have all the right to be mad. But don’t let it destroy you. Chin up and put your big girl panties on.

6. He met someone else

There’s a better deal in the market and it’s time to bid you adieu. It could be the hardest to take, knowing you weren’t good enough. Sometimes it’s just what it is, and there’s nothing you can do about it. He could be simultaneously dating this other woman while he’s with you. Or he met someone he’s better matched with before your relationship even had the chance to be serious. The reason why men lose interest, isn’t always about you. That’s the lesson you should learn here.

You are not here to change a man’s upbringing and character, because you can’t. You don’t have to carry someone’s emotional baggage, either. When things don’t go as planned, think of it as a time to meet other people and practice becoming a better version of yourself.

Whether they can improve themselves to meet your standards is their problem, not yours.