Fear of Commitment - How to resolve Commitment Phobia | Help with Men

It is generally believed that men, being the ‘gatekeepers of commitment’, are usually the ones that ‘suffer’ from fear of commitment. Men are simply believed to be more reluctant of committing to long-term relationships or marriages.

Both Men and Women can ‘suffer’ from Fear of Commitment

Yet, lately, there has been a new crop of ladies who are just as apprehensive of the same. 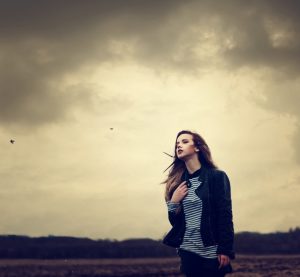 Read on to find out.

Our ‘commitment phobia’ – lady in question here will often be strikingly beautiful and accomplished. She is maybe also a little bit more ambitious than your average Mary or Jane. And, of course, she is fiercely independent and gorgeous.

She will be in her late twenties to early thirties, making bank every year with an impressive six-figure salary. She might also be driving a sleek luxury car. But she could also be in her late teens or early twenties, a college beauty to behold. In that case, at the prime of her youth, she’d still be learning how to navigate the murky waters of modern-day dating.

The “Luxury” of too many Choices

And it doesn’t just end there. She could be one of those seasoned professionals at the top of the corporate ladder. Being in her early 40s, she is still quite attractive and shapely (compared to her peers in the same age group). Yet, years of interacting with men of different facets, sizes, races, breed, and creed have made it almost impossible to consider settling down. The mere thought of a long term relationship almost creates anxiety in her.

Or it could be just you, yes you.

You see, the one thing all these ladies have in common is an almost unlimited number of male choices in the dating pool. And in the sexual market, for that matter. To these women, there is always a bloke in the next immediate corner trying to ask them out for cute dinners or a night out.

In other words, there are more than a few men clamoring for their attention or commitment at any given time.

But what happens when ‘Mr. Right’ comes along? The guy who sweeps them off their feet and gives them the ‘butterflies-in-the-stomach’ feeling. As anyone would expect, they will often be skeptical of giving it all up in the name of commitment. And, unlike in men, it is usually NOT out of fear of quitting the dating pool or ‘market’. It is always something else. Something more profound.

Suggested Reading: Why Men tend to pull away

But if all this sounds like you, we have good news. There are ways to overcome fear of commitment, any “commitment phobia”.

Any woman, including yourself, can learn how to ‘love him the right way’.

1. Understand that the Cliche “All Men are just the same” is simply that – a tired, old Cliche

We live in a world characterized by stereotypes. Ever since you were a teenager you have been constantly warned of the treacherous and unpredictable nature of men. And maybe somewhere along the way you got the unfortunate chance of confirming this. Maybe even through the hands of an emotionally or physically abusive man.

Or maybe things just didn’t work out as you had dreamt and wished for.

Either way, regardless of how physically and emotionally attractive you find men to be, you’re still unable to get over the hurt from a previous relationship.

Well, it is true that some men are serial cheaters and wreckers of relationships. Just as there are equally unfaithful women. But each and every one of us is uniquely different. Generalizing things blindly without first taking the time to learn about this amazing new man in your life is the first step towards pushing him away.

Be fair, be realistic, and listen to your instincts. As women, we are innately gifted with the ability to analyze a man’s ‘energy’. As such, most of the time, we can tell a keeper from a player from a mile way. If he’s one of the former, at least give the fellow a chance.

2. Stop spending so much Time with your single, carefree Girlfriends discussing how Men are unworthy of Commitment

Human beings, especially women as naturally social beings, are always comparing and contrasting their lives with those of their immediate peers.

That’s actually the wisdom behind the saying, ‘birds of a feather flock together’. You can’t expect to get over your fear of commitment, your commitment phobia, if you are still spending all your weekends with your girls going back-and-forth over how degenerate men have become.

Eventually, this mentality that you keep drumming into each other will sink in. It will then destroy any progress you and your prospective partner are trying to make.

However, note that this is not the same as avoiding them entirely. After all, there are still your friends and you wouldn’t just drop them because you have finally found a man worth keeping around. Simply limit the time you spend with them. Especially, if you can’t help but engaging in idle banter revolving around your dysfunctional commitment issues.

3. Face your Fear of Commitment and strive to acclimate to the Idea of a long-term Relationship

Commitment, in any form, is a risk – there is no use denying that. And that’s why it is important to associate more with your married and engaged friends rather than your single girls. That’s an important step in overcoming the fear of committing to a man.

This will not only help you envision yourself in a fulfilling, healthy relationship but will also help you to acclimatize to the nature and realism of long-term relationships. In fact, it could also psychologically change your mind from thinking that swallowing the commitment pill is a bad idea.

4. Focus on the positive Side of Things

It is true that an undivided commitment makes you more vulnerable to heartbreaks and hurt. It does, however, also put you in a better position of reciprocating love and faithfulness from a worthy partner.

Doing so also makes loving them easier. This, in turn, increases the chances of him sticking around compared to the alternative which gives the man a guilt-free card of playing around. Men, being men, will inherently appreciate a woman who shows signs of making a dutiful wife. They may not even know this themselves. And one of the signs is unquestionable faithfulness and unwavering commitment.

It is only then that a man will make an effort to sacrifice his time and resources for you. Otherwise, he will always have in the back of his mind to possibly spent his energy on exploring other sexual exploits.

A man is much more likely to remain faithful to a woman who has no qualms committing to him, than to one who prefers to be an ‘uncaged bird’ and free spirit. That’s just an evolutionary adaptation that has been etched in his DNA.

Also, remember that men are naturally more reluctant and unsure of quitting the dating market than you. That is because they are the proverbial gatekeepers of commitment. So if a man is taking the initiative to step up his game and offer his undivided commitment and faithfulness to you, then right there you may have found a gem.

Also read: How to get a Man to marry You