How to understand Men - The 12 Golden Rules | Help with Men

The 12 Rules – Guide to understanding Men

Almost all women seem to wonder at times how to understand men. Are you one of them? At the same token, have you ever watched those women who seem to have such an easy time being with men and wondered how they understand their male – partner so easily?

Relationships today are complicated and can be very confusing. 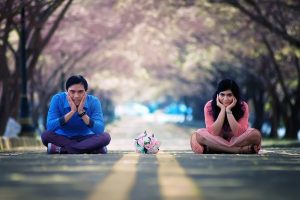 Men may want one thing, women may want another. When men speak, they use their language, which is not necessarily the language of women.

So how can women truly learn how to understand men, their motives, wants, and needs?

In this article we will give you 12 “golden rules” on understanding men. Go through those rules and male behavior will make a lot more sense to you, clearing the path for a healthier, more loving relationship between you and him.

How to understand Men – The 12 Golden Rules – Guide:

Let’s go through those 12 rules on how to understand men together to make sure we cover everything.

Men are sexually driven. It’s in their DNA, it’s in their makeup, it’s who and what they are. The thought of sex crosses a man’s mind more often than you might think.

But does that mean that sex is all they want? Certainly not. Though sex will always be an important part of any relationship he builds with a woman, when a man chooses to settle down and commit to one woman, he’s looking for a lot more. 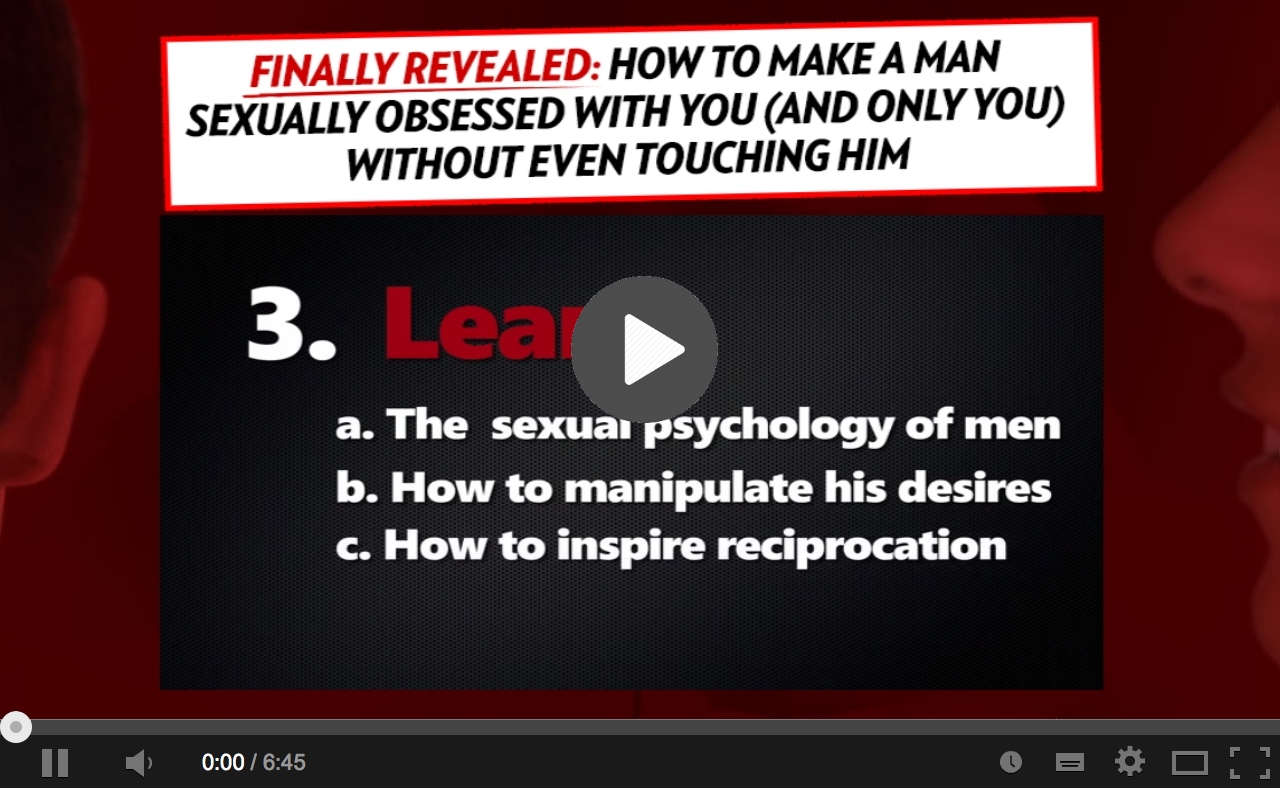 Watch this free presentation on making him go absolutely crazy for you just by the right choice of words!

Men are often just as confused about women as we are about them. But when they embark on a new relationship, they want to do their best to understand that one woman.

Don’t be too quick to get upset if your new guy can’t read your mind and doesn’t instinctively know what you want. Give him a chance to learn about you and you’ll see that he’ll soon read you like a book.

Though men do want to get into a woman’s pants, when he’s serious about a relationship, he wants to get inside her mind, as well. He truly wants to learn and understand what she is all about.

Read also: How to know if a Guy really likes You

3. The Fear that holds them back

When women think of a committed relationship, they dream of all the great things that will come to their life. Companionship, love, security and a strong partnership with a good man are all part of that dream.

However, when men view a committed relationship they might see a bit of what you’re seeing, but they also see the restrictions, the demands and the huge sacrifice they’ll have to make to make you happy.

4. Look at your Relationship

You should look at yourself and the kind of relationship you are in. How often do you go out with him? Are you still struggling in how to understand men? Do you think you understand men in general? Are you happy together? There are always signs in a relationship when things are going bad or good.

Be very vigilant on the signals he’s giving so you know how men think. If he tries to fix fights as soon as possible, that means he’s still working hard for the relationship. On the other hand, if he seems distant, then it’s maybe time to leave him.

Take note of the little things, because they will amount to much larger things in the long run. Just be careful not to be too insecure because it just might be a cause of more confusion for him. Another important thing to know is that you shouldn’t demand anything more from your man than what you are willing to do yourself.

You can’t judge him for being addicted to sports if you cannot turn away from clothes or shoes. You should not demand him to work more if you aren’t enjoying your job. It’s all about giving love and respect to receiving them as well. Don’t break up with him for something that you haven’t given yourself. That is not the way to understand men and how men think.

Some women try and fit themselves into a slot that either doesn’t exist in a man or doesn’t quite fit. If a woman knows that she’s friends with a man and accepts that, that impresses the man. If she knows that the man is interested in her and knows the pace at which he wants to take the relationship, the relationship would progress at a rate that will allow the relationship to flourish best. It’s all about understanding yourself first to understand the dynamics of your other relationships.

6. Let him know in clear, simple Terms what you want

You wonder how to make a guy fall in love with you and if it will ever happen? Do not assume that he will somehow figure out what you want. Let him know the kind of commitment you want from him and why you expect it from him. And then leave him alone with that information and see what he says.

Resist the temptation to nag him about it, but casually bring it up later so that you know his position. Understanding men requires that you do not do it in a confrontational manner or he will not hear you…he will just hear nagging and he will shut you off. Quietly tell him what you want and then leave him alone for a while so that he can absorb the information.

7. Be clear on what you will do if you don’t get what you want

Resist the temptation to berate him if he is not ready for the commitment that you want, but also let him know what you can and cannot do at the commitment level that he is comfortable with. And it cannot be an idle threat and neither should you completely cut him off your life.

The ideal situation is if you can come and leave for periods of time so that he is well aware of what he has with you and he understands that he can lose you if he doesn’t commit to you. For you to do this successfully, you must be completely sure and committed to your cause of making him commit to you, and you must be willing to let him see how serious you are.

Do not play mind games with him but show him how serious you are about commitment. When you are with him treat him well and when you away keep in contact but have a life apart from him so he knows that you cannot give him a commitment while he doesn’t do the same for you.

8. How to understand Men – be persistent

Change takes time, and you will need to be willing to stay the course until he understands how serious you are. If you cave in then, you will teach him that you are not serious about commitment and change that attitude, later on, will be hard and you will probably have to take whatever commitment crumbs he throws your way.

I’m sure you have heard it said that ‘you teach people how to treat you’ and you need to teach him how to treat you as far as commitment goes. Otherwise he will learn that he gives you only the commitment level that he wants regardless of what you say you want. If you give in to your fears and insecurities, then commitment from him will elude you.

For a man, conflict means that one person has to win, and the other has to lose. Any problem is better resolved when there is no emotion attached, which is not as threatening to them.

If emotions do become involved, a man will struggle to contain his emotions and so withdraw and become silent. They do not do this as a punishment. Rather they are desperately trying to keep themselves under control.

There are certain things that your man simply doesn’t want you to talk about. Accept it. Don’t challenge him. If they’re touchy topics for him, simply leave it at that. You wouldn’t want him talking about your private issues either, would you?

I’m not pointing the finger at the ladies; all I know is that some women do tend to be more open and sharing about their relationships than men are. This can take some time for men to get used to.

Are you still not quite sure how to understand men? Well, if you’re not sure, ask them … simply go and make the effort to ask your man about the issues.

This shows that at least you’re paying attention and that you’re sensitive to the man and the topics or issues he might find uncomfortable talking about. It might seem obvious, but more relationships have been broken up from misunderstandings and miscommunication than from anything else.

To prevent it from ever happening, simply tell your man what you wouldn’t want him to talk about with his friends. This will get you thinking about what you don’t like and will make you realize that he would probably feel the same way.

He will probably reciprocate and ask you the same thing in return. In case he doesn’t, simply ask him. If he doesn’t mind, then don’t worry. If he does have sensitive topics, then make sure you’re clear on what they are.

You need to know how to understand men if you want a healthy relationship. Once you do, you will live a life without having to cry or shout at him.

Figuring out how men think and getting into their psychology isn’t difficult, you just have to see with his eyes for a bit, and you’ll gain understanding. We are sure that before mentioned 12 “golden rules” will help you with this.

Read also: The best Tips on how to get a Man