Why do Men Cheat and Lie? And why it is usually not YOUR Fault!

Why do men cheat and lie all the time? “I don’t generally have trust issues; I just can’t be with someone who lies all the time.” I once told a friend as he tried to bombard me insinuating questions about women and trust issues. 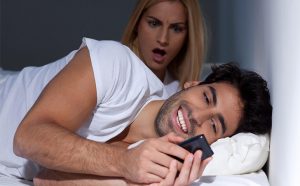 When a woman gets jealous or turns suspicious, people automatically view her as being insecure, or as my friend put it – having trust issues.

I hate that the blame is just passed on to women, without realizing what causes them to feel that way.

Instead of attacking the revolting behavior of cheating and lying, women are often told that it is somehow their fault.

An older woman in her 60s, who was very close to me – kicked his husband of 30 years out of their home – after finding out he was cheating. Her husband, a quiet, all-around nice guy, who served as a public officer in the area was loved by many.

You would expect her friends and relatives to come and comfort her, but I was there when she was jabbed with questions by people who think they know better.

Are you sure he’s cheating on you? Do you have proof? Maybe it’s because you got busy with the kids and you don’t make yourself desirable anymore? Perhaps you two are not having enough sex? We’re still wrapped up in victim-blaming that victims of infidelities choose to hide their ordeal the world.

But guess what? It’s NOT your fault.

A dating site for married people, Victoria Milan, (Yes, Ashley Madison is not the only one), polled 4,000 participants and revealed some interesting insights:
•    Most male respondents admitted their significant others are more attractive than their mistresses
•    Only 30% of men chose to cheat on younger women
•    Only a quarter of male respondents think their mistresses have better bodies than their partners

Why do Men cheat and lie?!

There are myriad of reasons why a man would stray, and it depends on who you’d ask. I’d say it’s because they’re pigs, but that’s just putting it mildly, and besides, it’s unfair to the pigs.

I’m not saying you’re off the hook; you could still be one of the reasons, but focusing on what you lack or what you did wrong would not be helpful, for it is more likely a combination of different reasons.

So, I compiled here the common reasons that provide answers as to why do men cheat and lie, according to experts. Some of the psychological reasons would surprise you; the rest doesn’t take a genius to know.

1. He is confused about Love

Your partner may have confused the giddy feeling of infatuation with love, thus, he must’ve rushed into a relationship – not knowing that it takes hard work and commitment to maintain a stable and loving relationship.

2. He is covering deeply-rooted Insecurities

A person with low self-esteem is most likely to compromise his integrity. When you don’t understand your true worth, you need to seek validation from other people that you’re still attractive.

When a man is aware of his worth, he will leave an unhappy relationship before it damages his character.

3. “My Partner does not meet my Needs in the Relationship”

Sometimes a man may have unrealistic expectations that all his needs will and should be met by his partner. When the other person ‘fails him’ in meeting these expectations, he then thinks he is entitled to look for intimate connection elsewhere.

A narcissist, whether he is a man or woman, will cheat on you no matter how good your sex life is. A narcissists feels superior and entitled to more than most people; he also resents all limitations that are placed upon him.

5. Your Man thinks of Infidelity as a Way out

He wants to get out of the relationship, but can’t tell you directly. He hopes his extramarital affairs will serve as the message he has no balls to give you.

6. He had suffered Trauma and Abuse before

Men with psychological and emotional pain from past experiences may need to seek medical help. Physical and social abuse, especially in his formative years, can affect how he acts and commits with other people.

7. The Routine bores him

If men themselves are being asked why do men cheat and lie, this is one of the most common excuses they present. But instead of communicating to their partners what they want from the relationship or making the initiative of reigniting the desire between them, they often choose to start anew with another woman.

Don’t let the Betrayal define you

The trauma caused by infidelity can be hard to overcome. It’s a big blow to be betrayed by the man you love. It affects your self-esteem, and may give you irrational fears of future encounters with other men.

It’s important to know that someone’s deceit and betrayal doesn’t define you, and you shouldn’t let it dictate how you live your life. Work on accepting above points and it will be a lot easier for you to work on how to save your relationship and marriage.

Further Reading: The main Reasons why Men pull away