Why Women and Men can’t just be Friends?!

Opinions vary on this question – some would say it’s absolutely possible to be friends with the opposite gender, while others call it absurd and destined for failure.

Men and women meet and befriend each other at different points in their lives, and for some it works, and for others it doesn’t.

If we only go back half a century, it was unheard of for a man or woman to go out with the opposite gender without being romantically involved.

Oh my, it could cause a scandal! Of course much has changed since then, but certain differences still remain, which can lead to difficulties in female/male friendships.

I will give you more than enough reasons why I do believe men and women can’t just be friends.

So here we go:

I’m not implying that every man/woman friendship eventually leads to sex, but many do!

There is always the knowing that it can, even if there’s no initial attraction.

Once you have had sex with each other, it’s a tricky path to get it back to “only friendship”.

You’ve shared a very intimate experience with each other and can almost place him/her in the same category as an ex.

Having sex with a friend can cause friction and often times there will be a broken heart in the end, if one of you might feel more than the other.

Therefore, it’s never only a friendship, even if you have only pictured yourself having sex with your friend.

I’m not implying that every man/woman friendship eventually leads to sex, but many do!

Male and female friendships are different in so many ways.

Women always invest more time and effort into theirs, which is why they usually have stronger bonds with their girlfriends than their guy counterparts.

Of course there are exceptions to the rule, but overall men don’t care for their friendships the same way as women do.

That being said, women expect more and receive less in a friendship with a male, and this usually leads to the friendship falling apart at some point. Especially when changes occur, and one of them moves, has kids, changes jobs etc.

With a great distance between friends, men often discard the ones far away, and try to make new ones where they are, instead of going through the whole procedure of staying in touch through email, letters, or phone calls.

Long phone calls aren’t something most guys are interested in, while women do it all the time.

[Also read: Why do Men pull away?]

This is one of the most important Points:

3. It can endanger a serious Relationship

Without the intention to, it can actually harm the one of their love relationships, which is why women and men likewise withdraw more once the other person has a serious relationship, and even more so after they get married.

They don’t like being seen as a threat, and to cause arguments over their friendship.

Unless the friends spouse makes it clear that it’s ok, and maybe gives out an invitation for dinner, there remains a feeling of being a third wheel, and unwelcomed in their new life together.

Unless the friends spouse makes it clear that it’s ok, and maybe gives out an invitation for dinner, there remains a feeling of being a third wheel.

4. There’s Gossip all around

Should you care about gossip? Absolutely not, but that doesn’t mean it can’t still affect your life negatively.

Besides, most people, despite the fact that they shouldn’t, care in one way or another. 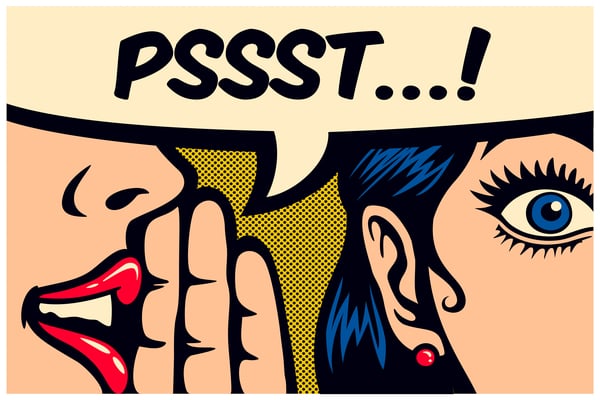 If you’re living in the city, this won’t be much of a problem, but it applies if you live in a small town where neighbors talk, and everyone knows everyone.

Being seen with the opposite sex as friends seems unusual to the village folks, and if you have more than one friend, then it will definitely cause the long awaited gossip.

People will talk, but also ask questions, which are probably none of their business, but they’ll assume they can anyway, and would want to know what the deal is between you two.

Should you care about gossip? Absolutely not, but that doesn’t mean it can’t still affect your life negatively.

Men and women function differently, and their life paths are often so different that they are not relatable to the other person.

This might not be an issue in the beginning, but could become one down the road.

Once kids are there, the lives they live are usually on opposite poles, and therefore it’s much more difficult to engage with the other person the same way as before.

Again, there are exceptions, but often time friendships dissolve due to that.

[Also read: How can you tell if a Guy likes You]

6. Secretly wanting to Date the Other

This is one of the biggest reasons why men and women can’t be friends easily.

This one is important:

There is a high chance that one of them secretly wants to date the other person, and will do almost anything to get out of the friend-zone.

This is a time-consuming undertaking, and can be quite toxic over time, if there’s no development in the friendship.

It will exhaust the person who is pursuing, but also put a strain on the friendship, because ultimately, the other person will sense what’s going on.

If the feelings aren’t mutual then, she/he will withdraw and, without wanting to, hurt that person’s feelings. There is a clear line between friendship and modern-day courtship between men and women.

Actually this is the worst reason why a friendship between men and women can’t exist, but nonetheless an important element to consider, if you love your partner.

Jealously of an old friend is silly and unnecessary, but nonetheless, it’s a natural feeling that can’t be helped for many.

However, building trust in a relationship is very important, maybe more than anything else. Open communication with each other is key in understanding men, and if your partner tells you it’s uncomfortable for him/her seeing you with the other gender, even if it’s only as friends, then make an effort to find out why, and careful think about the value of this friendship.

Is it worth keeping and hurting your partner’s feelings?