Home » Get him back

How to Get Him Back From the Other Woman Update: Many relationships break up only due to the interference of a third person in between a couple. Men leave their wives or girlfriends for other women, whom they find more attractive than their partners.

It is emotionally very painful for every woman to see her most loved person being taken away by another woman.

So, she should have a definite plan for getting her man back from the other woman, which is a tricky matter. She also needs to regain the love of her man, just as it was before.

If a woman seems to be desperate to get back her man, he may simply ignore her and enjoy with another woman. So, it is best to keep away from him, without calling him, messaging, or sending him emails at all.

When he will not hear from his ex-wife or girlfriend for long, he is most likely to be curious to know about her present condition.

Even if they come across each other, the woman should hold her head high and simply walk past him with a graceful smile on her lips, even if she feels wounded at heart seeing him with another woman.

It will send him a subtle message that her happiness does not depend on him at all and she can still be cheerful without him in her life.

She should not also tag him on any of her posts on social media sites; neither should she ask any of their common friends to negotiate between them.

He will definitely feel a bit depressed to lose all contact with his ex and it may even hurt his ego to find that his ex-beloved does not care about him anymore.

No woman should waste away simply by lamenting the loss of her love after her man moves out with another woman. She should rather concentrate on her own wellbeing, both physically and emotionally.

She can seek the help of her family and keep them close by for her mental support. She should keep herself busier in work if she is a working woman, which will result in massive progress in her career.

She should also make the best use of her free time in pursuing her favorite hobbies, like music, dance, painting, or some creative work.

She should post photos of her achievements regularly on her social media pages, which will show her ex how well she is handling herself after the breakup.

It will rouse his respect and admiration for this woman, whom he earlier neglected for another woman and may have never really valued.

She should also go out with her friends for dinner or an outing, which will improve her mood and may make her ex feel a bit jealous. So, she should remain socially active instead of hiding away from all, which may increase her chance of reconciling with her ex-love. 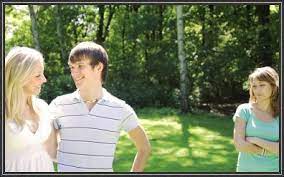 Remain cool on meeting him

A woman should not be carried away by her emotions of love and grief after her breakup. She should get over her emotions and try to remain calm even if she accidentally bumps into her ex and his present woman.

He might have been expecting her to be in tears, pleading him to be back with her. On the contrary, when he finds that she is quite opposite to his expectations and looks a much-changed person, he will start considering returning to her.

It is also beneficial for her to have control over her emotions, which will help her in all fields of life. She should not demand anything from him and just let him go, which may be a great surprise for him.

She needs to look as if she has nothing to do with this man anymore and she is least bothered about his present love life. This attitude is enough to arouse the interest of a man even when he is seeing another woman.

Do not ask him to return

A woman should not pressurize a man for leaving the other woman who has entered in their life. Rather, she can just leave her man alone and let him decide for himself who is more suitable for him as a life partner.

When she gives him the freedom to choose among the two women in his life, he will not regret his decision later. She should be mentally ready to move on if he does not return to her at all.

Her actions should show him that he will not have a second chance with her if he does not leave the other woman.

But she should not tell him anything at all and simply move on with her normal lifestyle, posing that she is not affected by his relationship with another woman.

It will be easy for her to avoid any mistakes in work and other phases of life if she can fully control her emotions. She should not strive to get his attention as that will not work anymore, due to the presence of another woman.

She should not also compare herself with the other woman with whom her ex-husband or boyfriend is dating currently. She does not need to be like anyone else and rather, she should maintain her own personality that may be groomed a bit for good.

Therefore, the best way to bring him back from the other woman is to stop persuading him for it. She should not show that she is jealous of that woman and trying to compete with her.

Her self-confidence will make her a winner, not only in her love life but also in all other fields. In fact, the breakup can bring out a new personality of her that’s amazing to all, including her ex.

Her cool attitude may even give rise to the suspicion in the mind of her ex that she has got another man in her life. So she should not expose her true emotions about him in order to try to get him back from the other woman.