How to be a good Girlfriend – fast and successful 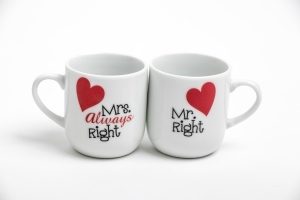 It’s not rocket science, but an awareness of what his needs and expectations are, and how to meet them in a confident, loving way, such as the following items.

It will make his guy’s friends rather jealous to see such a great example of a good girlfriend!

1. Allowing him Time with his Guy Friends

To understand a guy’s mind, we have to understand that spending time with his buddies is a ritual that he will always crave and enjoy.

If you allow him this precious time away from you, he will return as a happy puppy and appreciate your trust and love you even more for giving him the freedom he desires. As an additional plus, you can use that time wisely for your own girlfriend-outings!

2. Being supportive of Him

This can go from accompanying him to a sports event you’re not too fond of, or can be something more life-changing such as supporting him to become an entrepreneur and open a business.

Whatever it is, a good girlfriend is supportive of his ideas and interests, regardless of her being into it or not. This will give him more motivation and simultaneously make him see you as the best girlfriend imaginable! Being supportive to him is actually one of the major reasons what makes a man fall in love.

How to Be a Good Girlfriend

The best policy, when it comes to sex, is to be honest with your boyfriend and tell him that you didn’t orgasm, which he’ll probably already know anyway. This doesn’t mean that it was bad sex, so tell him that you still loved it, but just didn’t make it through the finish line. It happens!

The worst thing you could do, on the other hand, is faking it. Unfortunately so many women still do fake it in bed. It leads to nowhere and keeps your boyfriend in the dark for no reason. If there’s room for improvement on his behalf, you can take control next time and teach him. Believe me; he’ll be happy to follow your lead in bed!

4. Being a good Girlfriend means Keeping your Cool

Don’t be pushy or nagging at him all the times, unless he’s acting out like a real toddler. If he’s a man, he’s not going to put you in that position, so try to have patience and let him do things at his own speed.

Likewise, if he knows your priorities, he’ll care to pick up after him, which is often a reason to nag at him. If he doesn’t, even after you politely told him a million times, then I’d say “loose that zero, and get yourself a hero”! Otherwise, differentiate between the things he could realistically improve upon, and the ones that you just need to accept the way they are, if you want to stay with him. They can be two very different things!

Most men wouldn’t admit it, but they love public display of affection (PDA) from their girl. Holding hands, cuddling, kissing, stroking his arm, or putting your fingers through his hair when he’s sitting next to you, will make him go even crazier for you.

It’s a sign of caring and he’ll be proud to walk in public with you by his side, showering him with all the love you feel for him. A girl showing public affection to him is one of the big turn ons for guys.

6. How to be a good Girlfriend? Communicate with Him!

Girlfriends are usually a lot more talkative than boyfriends, but this doesn’t mean that he doesn’t want to talk to you, or has nothing important to say.

Make sure to not be the only one talking, but listen to him as well. One thing a good girlfriend does is to ask him for his opinions on things, or about his feelings. Men are naturally not comfortable talking about feelings, but he will open up over time, if you make him feel safe, taken seriously, and listened to during your private conversations.

A good girlfriend never disregards his words as less valuable than hers, or interrupt him constantly when he’s trying to get his point across. Have an open and honest stream of conversations.

It’s the little things, like being on time, keeping your promises, and being there for him when he needs you the most – those things ultimately make you an outstanding girlfriend.

If he’s sick in bed, get him some soup and medicine. Care for him, when needed, accompany him to family gatherings and come to his defense if the situation calls for it. Those things will ultimately make you be a really good girlfriend to him – which is the best way how to make a man want you as his girlfriend.

How to Be a Good Girlfriend!